Robson Street Realtor in Vancouver BC

Are you thinking of buying or selling a new apartment, condo, or house in Robson, Vancouver? You are at the right place! Robson Street is a premier southeast-northwest boulevard found in downtown and West End of Vancouver in the British Columbia province in Canada. Its name is derived in honour of John Robson, a leading figure who was heavily involved in the entrance of the British Columbia into the Canadian Confederation. He was also the province's premier during the period from 1889-1892. Robson's main commercial blocks from Burrard Street to Jervis were also known as Robsonstrasse. Robson Street tops as one of the most sumptuous locations in Vancouver and is associated with very high rentals per square foot.

Robson Street's reputation as Vancouver's consumer district has subsisted to the present day, although the historical flavour of the street, which was all small neighbourhood-market stores, has largely been superseded by tremendous redevelopment by high-end restaurants and brand-name chain stores. The street is also particularly renowned for its fashion shops and dining that stretch out from Granville Street in the southeast to Denman Street in the northwest, with the major concentration located between Burrard and Bute Streets, the area historically identified as Robsonstrasse.

Why Everybody Loves Robson Street

From the eastern side of Robson Street, sports enthusiasts will love visiting BC Place Stadium, which is home to two of Vancouver's prominent sports teams: the Vancouver Whitecaps – which is the city's side in the North American professional football league, the MLS and the BC Lions, a Canadian Football league team. Even if it is not game day, you can go to the BC Sports Hall of Fame, which is situated within the stadium. In it are galleries, including those devoted to 2010’s Winter Olympic Games, the city's professional soccer teams, and hometown stars such as Terry Fox. There is also a sculptural tribute built in honour of Fox right outside on the plaza. Book lovers will also find Robson Street fascinating if you head west down Robson Street, and you will walk past the Coliseum-like Vancouver Public Library, in which you will find all kinds of works from literature, history, politics, and so on. Along the same direction, you will also arrive at the Vancouver Art Library, which forms part of Robson Square. Under the street, you will also come across a covered event space that usually hosts ballroom dance evenings during summers and a free ice skirting rink during the winter.

There lies a high risk of being defrauded of your hard-earned funds when you intend to buy real estate in Robson Street due to the lucrative sums of money involved. Some dealers might attempt to take advantage of your inexperience in handling negotiations. This is why it is of paramount importance that you engage a realtor based in Robson Street, who has experience in real estate negotiations and valuations in the area.

Sealing a good deal when selling real estate in Robson Street can be a challenge. It is not something you can handle individually. It requires having an experienced real estate agent based in Robson Street who can assist you with listing services, expert valuations by using techniques such as the Comparative Market Analysis (CMA) and placing it in front of the right customers.

Why You Should Choose Ron Parpara As Your Realtor

Ron Parpara is a renowned realtor who was born and grew up in Vancouver. I am here to offer you hassle-free expert real estate services in Robson Street. I have over 13 years' experience in handling real estate transactions, both a listing and buyer's agent, seeing the entire process through right up to closing. I strive to ensure that all my clients always get the best deal for the property they are selling/buying.

Such a distinguished real estate career in Robson Street Vancouver has enabled me to be listed as one of the highly ranked realtors in Vancouver. I have a trail of satisfied previous clients whom I have helped are in a position to testify of the pleasant real estate engagements that they have had with me.

If you intend to relocate, buy, or sell property in Robson Street, do not hesitate to get in touch with me today. I will eagerly spearhead the efforts to see the deal through right up to its closing! 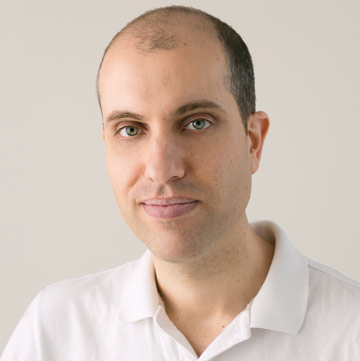 I'm in my 13th year as a Realtor® and have acquired an extensive knowledge of the rapidly changing Vancouver market and surrounding area. One thing which is critical is that I will be your main point of contact from start to finish. To find out more, please see my about page.

I'm in my 13th year as a Realtor® and have acquired an extensive knowledge of the rapidly changing Vancouver market and surrounding area. One thing which is critical is that I will be your main point of contact from start to finish. To find out more, please see my about page.